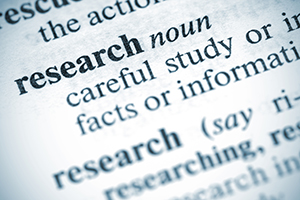 EDITORS NOTE: The Law Enforcement Survival Institute was approached by The University of Colorado Colorado Springs School of Public Affairs about promoting a new research project investigating the concept of moral injury within law enforcement.  The findings from this project entitled: Advancing Officer Wellness: A Study of On-Duty Experiences and their Impacts among Law Enforcement Professionals, can be used to raise awareness of officer’s experiences and to develop programming that supports officer wellness. The Law Enforcement Survival Institute wholeheartedly supports this very interesting research and we encourage you to investigate further, join the project, and help us spread the word to others.
Here’s some information to get you started and you can connect with the links below:

Purpose Statement: In light of the stresses of police work, recent years have brought heightened attention to the tolls of the job on individual officers. These can include illness, mental and behavioral health challenges, and even suicide. There is thus a strong push for proactive efforts to advance health, wellness, and resilience among officers. This study seeks to support and advance those efforts.

Background: Policing professionals face traumatic and morally injurious events in the line of duty. the effects of trauma and moral injury can include posttraumatic stress, depression, anxiety, suicidality, substance misuse, spiritual and religious struggle, and more. This study is an important step in bolstering resilience among those working in the policing profession. Findings can be used to raise awareness of officer’s experiences and to develop programming that supports officer wellness…

EDITORS NOTE: Earlier in the year we created a Trends Report for some of our clients and now would like to make it available to everyone who reads CopsAlive.com. While some of the statistics might be getting a little dated, the trends are holding strong. Please add your comments in the box at the bottom of the article.

Introduction
There are a number of negative forces at work on the law enforcement profession right now that have never had such a powerful influence. These factors at their face value are menacing but it is the lesser seen damage that is truly hurting our profession, and its people, right now. What’s worst is that these effects will ripple through our industry for years to come.

The Law Enforcement Survival Institute has identified five trends in law enforcement and policing that are causing major shifts in the way we mobilize our personnel and provide our services. This report does not focus on the CAUSE of these trends but rather the EFFECTS these trends have on the well-being and performance of law enforcement personnel.

Some have labelled these trends as critical issues and others have called them a crisis. This report is not intended to get you to focus on these five discouraging trends but rather… Continue reading

Growing up in a strict, conservative, Southern Baptist home came with many challenges. In addition, I was not a conventional girl. I loved being outdoors, playing sports and “rough housing”. I realized early on I didn’t view things the same way my parents did. My father was misogynistic and reminded my sister and I, more frequently than I care to remember, that he was the “head of the house”. I challenged my father quite a bit growing up. It didn’t work out so well for me. I can’t explain the feeling of being a small child and being hit by a grown man.

There were constant conflicts… Continue reading 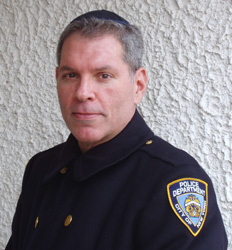 I received very sad news today that my friend, retired NYPD Detective First Grade, Mordecai Dzikansky has died suddenly of a heart attack. Morty was my friend, my colleague, my hero and a damned good cop.

Morty served in the NYPD for twenty-five years and he was a Hero. an NYPD Detective First Grade, a Husband, a Father, an Author, a Teacher, a Cops cop and my Friend.

He is survived by his wife Meryl and their three children Zachary, Jake, Talia

We were supposed to be teaching together at the International Law Enforcement Educators and Trainers Association (ILEETA) conference this week but other priorities had pulled both of us apart and in different directions, so that neither of us were able to attend the conference.

He was together with his family celebrating the sacred Jewish holiday of Purim when he died. 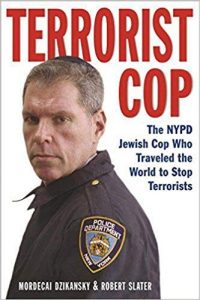 He was the author of two books: The well known… Terrorist Cop: The NYPD Jewish Cop Who Traveled the World to Stop Terrorists, 2010 and his textbook on terrorism investigations Terrorist Suicide Bombings: Attack Interdiction, Mitigation, and Response by Mordecai Dzikansky, Gil Kleiman, et al. 2011

He worked with us at The Law Enforcement Survival Institute and was very active in trying to help other law enforcement professionals avoid, or mitigate, the traumas and hidden dangers of our profession. He suffered from many of these himself.

As a NYPD Manhattan South Homicide Detective on September 11, 2001, when terrorists flew planes into the World Trade Center in New York City, Morty’s team of detectives were immediately dispatched to what would eventually be called Ground Zero to begin investigations. Continue reading

There are two ways to improve policing worldwide, and they both focus on people!

Policing is a people business – Policing is work conducted by people for the greater good of all of the people.

If we want to reform and improve our policing strategies, then we need to focus on the people — the people in policing and the people we are serving.

First and foremost I believe that If we don’t take care of our people, they won’t be able to take care of THE PEOPLE!

So, how do we do that you ask?… Continue reading

The Law Enforcement Survival Institute (LESI) is an assessment, consulting and training organization. We work with law-enforcement professionals and other first responders and their organizations who want to be at their best. Our focus is wellness and resilience.

Affecting Social Change In The Way We Train Police Officers

Current news reports are increasingly rife with stories about communities clashing with their police departments as a result of excessive force and police misconduct. At the same time, law enforcement agencies are concerned with PTSD, police officer suicides, increased incidence of illnesses amongst police officers, lower than normal life expectancy, depression, domestic violence, alcohol and drug abuse and ethical compromise.

All these problems stem from the same root causes: A career in law enforcement presents challenges to the human spirit, and the pressures of the career deplete officers in a way that is unique to law enforcement.

Officers experiences endless exposure to danger, stress and tragedy, which depletes their reserves of idealism, motivation and personal resilience. Without effective ways to replenish the human spirit, build resilience and restore ethical clarity, it is possible to reach a state of personal “overdraft” or,… Continue reading 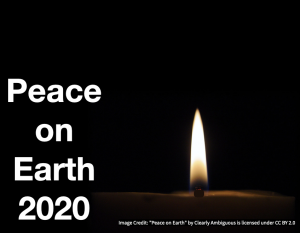 May you and your families find Peace on Earth in 2020!

Thank you for your Service and Sacrifice – The world needs you now more than ever!

For those suffering during the holidays – you are not alone – please ask for help!

There are so many people willing to listen to you and provide help!

Choose one of these resources: Continue reading

Over the last several months we have seen protests, gun violence and anti-police sentiments break out in cities around the country it has made national headlines. Unfortunately, the news doesn’t report the toll these circumstances take on officers across the country. If we truly want them to work at their best there needs to be a constant spotlight on the unique stressors those working in law enforcement face.

Our goal is to go home at the end of the night. If you are blessed to work your entire career without getting physically injured, consider yourself lucky. But, as we know, countless officers, and civilian staff members, go home daily with an emotional toll that few could possibly understand… Continue reading

On the last day of National Suicide Prevention month it is time again for us to reevaluate our work to prevent law enforcement suicides and rededicate ourselves to the work that must be done.

This has been a busy month with lots of new information resources offered about suicide prevention for law enforcement.

What is really important is that we are starting to realize that we must think comprehensively when it comes to officer safety, wellness and suicide prevention. Most of the problems we see are just signs and symptoms of underlying problems that we have to address is many ways.