As Cops We Must Prevent Police Officer Suicides 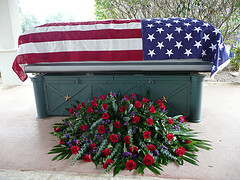 Police Officer Suicides are becoming an epidemic.  Over the last several years suicides by police officers have out numbered the number of officers killed in the line of duty by 3 to 1.  It is estimated that between 400 to 500 officers take their own lives each year.  This is a major problem and as law enforcement professionals we must resolve this problem ourselves.  The first step is awareness and then we must take action.  I started this blog at www.copsalive.com when a friend and former Sheriff’s Patrol Sergeant committed suicide.  No one saw it coming and in my twenty three years as a police officer… no one ever talked to me about the problem of suicide by police officers.  In New Jersey the have created Cop2Cop to help cops help each other they say “Be Your Brothers Keeper”.  They advocate the use of the suicide prevention tool “QPR” or Question, Persuade and Refer.  Cop 2 Cop advocates use of QPR as the most effective way to help your fellow officers.  When you think your partner maybe suffering in silence is drinking, irritable or is exhibiting signs of stress, depression or is suggesting feelings of being suicidal – Question, Persuade, Refer for Assistance and call 1-866-Cop-2Cop.  You can also learn more by visiting the website of the QPR Institute.

Five police suicides have been reported in the news just within the last month alone.  Monday September 1, 2008j Twenty three year old Officer Daniel E. Vize of Mount Vernon PD in New York took his own life in his car in .  On September 4, 2008 Sgt. Matthew J. Richardson, age 39 of the Connecticut State Police took his own life, leaving behind a wife and two children.  Richardson was an Army veteran of Operation Desert Storm and joined the Connecticut State Police in 1998.   One recent death even indicates that cop suicide may be an international problem when on September 24, 2008 Krishna Kumar Singh a constable posted in the coal city of Dhanbad India committed suicide.

October 2, 2008 NYPD Lt. Michael Pigott commits suicide after his order to use a taser on a mentally disturbed man led to the mans death.  These are just the ones reported in the news, who knows how many others occurred without mention outside their own departments.

If we as policing professionals are really going to do something then Prevention is Key.  Learn to recognize the signs and symptoms of PTSD and the Warning Signs of Suicide.  Visit “The Badge of Life” website for officers in the U.S. and Canada which has a Prescription for Mental Health.  Also the 1996 article in the FBI Law Enforcement Bulletin assists supervisors recognize warning signs.

What else can you do?  Donate your time and money.  There is an effort to create an National Police Suicide Hotline called COPLINE and they need your money and volunteers.  Volunteer to help one of the many organizations who are already organized or you can collect data and information yourself and start a program for your own agency.  The bottom line is clear WE must take action ourselves in preventing police suicide now!

Tears Of A Cop: http://www.tearsofacop.com

Signs and Symptoms of PTSD from Tears of a Cop: http://www.tearsofacop.com/police/ptsd.html

FBI Article says: “Administrators may be able to prevent officer suicides by learning and recognizing some of the typical warning signs” http://www.fbi.gov/publications/leb/1996/oct966.txt

John Marx was a Police Officer for twenty-three years and served as a Hostage Negotiator for nineteen of those years. He worked as a patrol officer, media liaison officer, crime prevention officer and burglary detective. Also during his career he served as administrator of his city's Community Oriented Governance initiative through the police department's Community Policing project. Today John combines his skills to consult with businesses about improving both their security and their customer service programs. John retired from law enforcement in 2002. When one of his friends, also a former police officer, committed suicide at age 38, John was devastated and began researching the problems that stress creates for police officers. He decided he needed to do something to help change those problems and he wanted to give something back to the profession that gave him so much. He started a project that has evolved into CopsAlive.com. Put simply, the mission of CopsAlive is to save the lives of those who save lives! CopsAlive.com gathers information, strategies and tools to help law enforcement professionals plan for happy, healthy and successful careers, relationships and lives.
View all posts by Editor →
Tagged  Christopher Van Cleef, cop suicide, cop suicide prevention, copsalive, Daniel E. Vize, Krishna Kumar Singh, law enforcement, Matthew J. Richardson, Michael W. Pignott, police, police officer, police officer suicide, police suicide prevention, preventing police suicide., suicide prevention.
Bookmark the permalink.