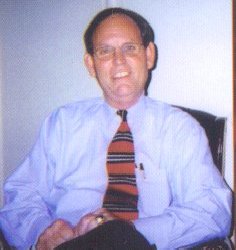 Robert is a retired police agent from the Baltimore City Police Department. He served as Chaplain for Baltimore City from 1988 until 2002. He is currently serving as Chaplain for ATF in Baltimore and Washington, D.C.  During his time in these positions, he became aware of the need for assistance for police and emergency workers as well as the families of suicide victims. Rev. Robert Douglas, with the help of his wife, Carolyn, survivors of police suicide and friends, formed the National P.O.L.I.C.E. Suicide Foundation, Inc. They feel many of these suicides occur because… of the high stress level of law enforcement and emergency workers

The mission of the National P.O.L.I.C.E. Suicide Foundation is to provide suicide awareness and prevention training programs and support services that will meet the psychological and spiritual needs of emergency workers and their families. Their goals are to provide suicide related counseling and support for families and officers ( including law enforcement, paramedics, IRS agents, fireman and other emergency workers), provide encouragement and hope to families of suicide victims by helping them to under stand and deal with their anger and guilt, provide educational seminars to educate the general public and government employees on suicide awareness, and provide a network of communication among suicide survivors.

Through quarterly membership newsletters they provide information on suicide support group services, seminars, counseling hot lines, statistics, and provide a means of supportive communication for survivors. Future Services To Include: 24 hour hot line, financial support for families of suicide victims and scholarship programs.
Their POLICE Suicide Awareness Lectures are being given from coast to coast with great success and drawing attention from national newspapers such as USA Today. They have also received responses worldwide.

Robert DouglasRobert Douglas knows how it feels to lose a fellow police officer to suicide. He brings that experience of being out there in facing the day to day hassles that can drive even the strongest officers to their knees.

As a retired police agent from the Baltimore City Police Department in July 1994. Prior to serving with Baltimore City, he was a Police Officer in Temple Terrace, Florida for five years. He served as Chaplain for Baltimore City from 1988 until 2002. He is currently serving as Chaplain for ATF in Baltimore and Washington, D.C. He has developed and given programs nationwide on police suicide and on dealing with the issues of police officers with Aids. He knows what it takes to overcome and build the foundation that can change not only your thinking but, show you the steps to help change your way of life and be victorious! 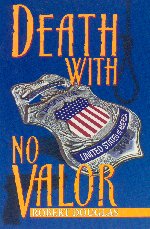 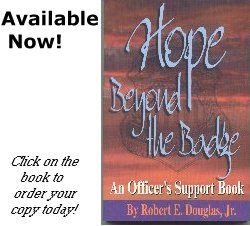 For more information about Robert and the National Police Suicide Foundation visit their website at: http://www.psf.org

John Marx was a Police Officer for twenty-three years and served as a Hostage Negotiator for nineteen of those years. He worked as a patrol officer, media liaison officer, crime prevention officer and burglary detective. Also during his career he served as administrator of his city's Community Oriented Governance initiative through the police department's Community Policing project. Today John combines his skills to consult with businesses about improving both their security and their customer service programs. John retired from law enforcement in 2002. When one of his friends, also a former police officer, committed suicide at age 38, John was devastated and began researching the problems that stress creates for police officers. He decided he needed to do something to help change those problems and he wanted to give something back to the profession that gave him so much. He started a project that has evolved into CopsAlive.com. Put simply, the mission of CopsAlive is to save the lives of those who save lives! CopsAlive.com gathers information, strategies and tools to help law enforcement professionals plan for happy, healthy and successful careers, relationships and lives.
View all posts by Editor →
Tagged  cops, copsalive, copsalive.com, death with no valor, hope beyond the badge, law enforcement, national police suicide foundation, police, police chaplain, police deaths, police officer suicides, police suicide, police suicide awareness, police suicide prevention, police suicide prevention training, police suicide survivors, robert douglas, suicide, suicide prevention, suicide survivors.
Bookmark the permalink.