National Police Week 2013 will be Sunday, May 12th through Saturday, May 18th.
It was established by a joint resolution of Congress in 1962 after President Kennedy proclaimed May 15th as National Peace Officers Memorial Day and the calendar week in which May 15th falls, as National Police Week. It is an event that every law enforcement officer should attend at least once in their lifetime.

It’s time again for National Police Week here in the United States.  This year the event runs May 15-21, 2011 although events in Washington, D.C will be held from May 13th until May 16th.

According to the Fraternal Order of Police D.C. Lodge #1 website  “In 1962, President John F. Kennedy signed a proclamation which designated May 15th as Peace Officers Memorial Day and the week in which that date falls as Police Week. Currently, tens of thousands of law enforcement officers from around the world converge on Washington, DC to participate in a number of planned events which honor those that have paid the ultimate sacrifice.

The Memorial Service began in 1982 as a gathering in Senate Park of approximately 120 survivors and supporters of law enforcement. Decades later, the event, more commonly known as National Police Week, has grown to a series of events which attracts thousands of survivors and law enforcement officers to our Nation’s Capital each year.”

Last year at this time we prepared an article and series of interviews with survivors and police officers who have “been there” to help guide “first timers” through the maze of events and seminars during National Police Week.  We even included a down-loadable tip sheet.  That information is timeless and we are inviting you to revisit that information if you would like to learn more and prepare yourself for a trip this year or in the future.

Our article from last year with interviews and a down-loadable tip sheet can be found by CLICKING HERE or by searching our site (see the “Investigate Our Site” box in the upper right corner).

Use this QR code to quickly download our Tip Sheet into your phone. 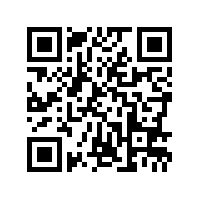 Don’t know what a QR code is?  CLICK HERE FOR MORE INFORMATION from Wikipedia

Here are some other websites with current information… Continue reading