As a Police Officer What’s Your Memorial? 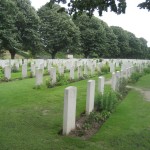 “Three years after the Civil War ended, on May 5, 1868, the head of an organization of Union veterans — the Grand Army of the Republic (GAR) — established Decoration Day as a time for the nation to decorate the graves of the war dead with flowers. Maj. Gen. John A. Logan declared that Decoration Day should be observed on May 30. It is believed that date was chosen because flowers would be in bloom all over the country.”

“It was not until after World War I, however, that the day was expanded to honor those who have died in all American wars. In 1971, Memorial Day was declared a national holiday by an act of Congress, though it is still often called Decoration Day. It was then also placed on the last Monday in May, as were some other federal holidays.”

“The origins of special services to honor those who die in war can be found in antiquity. The Athenian leader Pericles offered a tribute to the fallen heroes of the Peloponnesian War over 24 centuries ago that could be applied today to the 1.1 million Americans who have died in the nation’s wars: “Not only are they commemorated by columns and inscriptions, but there dwells also an unwritten memorial of them, graven not on stone but in the hearts of men.””

One of the most symbolic poems ever written about a war’s fallen dead was entitled “In Flanders Fields”.  This was the poem written by World War I Colonel John McCrae, a surgeon with Canada ‘s First Brigade Artillery. It expressed McCrae’s grief over the “row on row” of graves of soldiers who had died on Flanders’ battlefields, located in a region of western Belgium and northern France. The poem presented a striking image of the bright red flowers blooming among the rows of white crosses and became a rallying cry to all who fought in the First World War. The first printed version of it reportedly was in December 1915, in the British magazine Punch.  I had an opportunity to visit that field last year and the history surrounding the area is indeed very moving.

In Flanders Fields
By John McCrae

In Flanders fields the poppies blow
Between the crosses, row on row,
That mark our place; and in the sky
The larks, still bravely singing,fly.
Scarce heard amid the guns below.

We are the dead. Short days ago
We lived, felt dawn, saw sunset glow,
Loved, and were loved, and now we lie
In Flanders fields.

Take up our quarrel with the foe:
To you from failing hands we throw
The torch; be yours to hold it high.
If ye break faith with us who die
We shall not sleep, though poppies grow
In Flanders fields.

McCrae’s poem had a huge impact on two women, Anna E. Guerin of France and Georgia native Moina Michael. Both worked hard to initiate the sale of artificial poppies to help orphans and others left destitute by the war.  Today, veterans at Department of Veterans Affairs medical facilities and veterans homes help assemble the poppies, which are distributed by veterans service organizations throughout the country.

Donations received in return for these artificial poppies have helped countless veterans and their widows, widowers and orphans over the years. The poppy itself continues to serve as a perpetual tribute to those who have given their lives for the nation’s freedom.

CopsAlive believes that this symbolic time of memorial should give everyone pause to consider what is important to them and particularly for those of us who have, or are serving in law enforcement.  Two weeks ago, May 13th was the National Law Enforcement Memorial vigil here in the United States and the week prior to that was the one here in Colorado where I live.  I think that law enforcement officers show remember those who have given their lives in sacrifice for freedom however and wherever that occurred in the world, and those of us still living should consider what we want our lives and careers to symbolize.  Just as we should remember the dead we should also strive, as the living, to elevate the ideals of the world that those others have given their lives for.  The responsibility is ours to continue to protect and serve what they have fought to create and to also be willing to give our last full measure if needed.  A memorial can be a symbol or it can be symbolic.  Your life and your career as a cop can also memorialize higher ideals even if you don’t have to sacrifice your life.  What will your memorial to the laws and values you uphold be?

John Marx was a Police Officer for twenty-three years and served as a Hostage Negotiator for nineteen of those years. He worked as a patrol officer, media liaison officer, crime prevention officer and burglary detective. Also during his career he served as administrator of his city's Community Oriented Governance initiative through the police department's Community Policing project. Today John combines his skills to consult with businesses about improving both their security and their customer service programs. John retired from law enforcement in 2002. When one of his friends, also a former police officer, committed suicide at age 38, John was devastated and began researching the problems that stress creates for police officers. He decided he needed to do something to help change those problems and he wanted to give something back to the profession that gave him so much. He started a project that has evolved into CopsAlive.com. Put simply, the mission of CopsAlive is to save the lives of those who save lives! CopsAlive.com gathers information, strategies and tools to help law enforcement professionals plan for happy, healthy and successful careers, relationships and lives.
View all posts by Editor →
Tagged  cop, copsalive, In Flanders Fields, John McCrae, law enforcement, law enforcement officers, law enforcement officers memorial, police officer.
Bookmark the permalink.